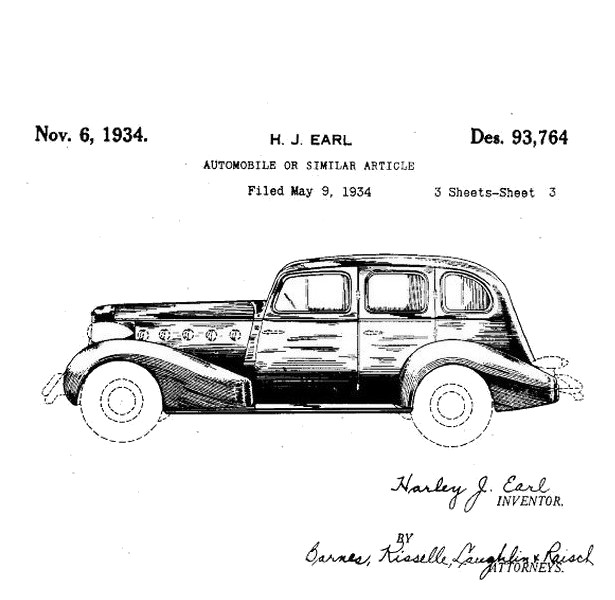 « A good sketch is better than a long speech. »

The economic crisis kept on dealing out its blows. The sales of the LaSalle declined and General Motors’ management decided to put a stop to their senseless expenses. Nevertheless, Harley J. Earl did not give up; he presented his superiors with a sketch of a model he had just drawn: « You don’t want to market it? But why not take a look all the same…. » Elegance and sophistication ended up defeating the strategists, and against all odds, production was started up again. Warren G. Fitzgerald, one of Earl’s colleagues, later said « Without a doubt, Harley Earl saved the LaSalle thanks to his magnificent sketch. »